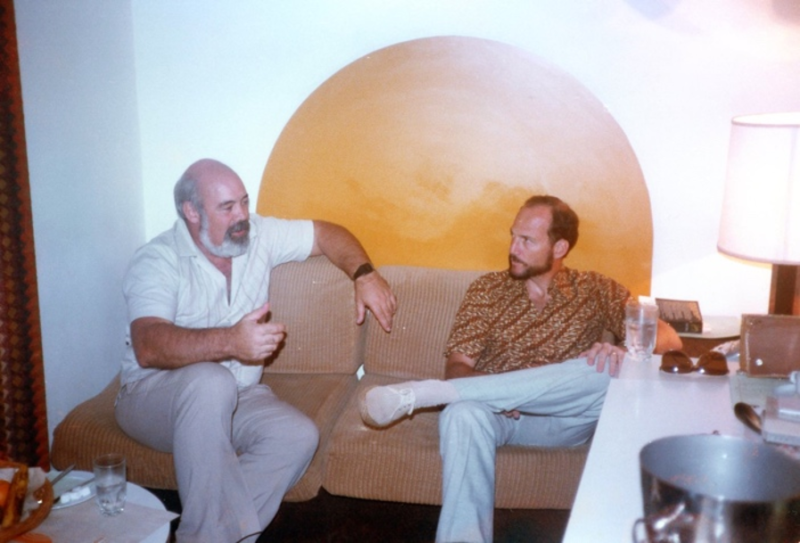 Mike Maybury was a force of personality who played an important role in the development of the Association of International Schools in Africa.  He first came to the International School of Tanganyika in August, 1979, knowing nothing about the organization, but soon understood its importance in supporting teachers and administrators working in difficult circumstances.  By the time he attended his first conference in 1980, he was already contributing his ideas and suggestions for strengthening conferences and other AISA activities.  In 1980, he was elected to the AISA board, where he supported such new initiatives as the hiring of a part time Executive Director.  In 1981, he was elected president of the AISA board, the first non-American to hold the position.  He continued his work with the board in setting out more visionary plans for the future, particularly in developing conferences on both sides of the continent to enable more people to attend and benefit from the training provided.

AISA is fortunate to have benefitted from Mike Maybury’s support during its formative years.  While he served for a relatively brief moment in time, he nevertheless exerted his energy and considerable leadership capabilities to improve the organization and help set its priorities for the future.  Mike recently contributed his thoughts about AISA for the History of AISA book, demonstrating his continuing interest in the organization, even after these more than 30 years since he left Africa.  He is remembered by those who knew him as a driving force, a visionary leader and a jovial colleague.  To have known him is truly to never forget him.  AISA extends its condolences to his wife, Heather and to the Maybury family during this time of loss.

There are currently no tributes.

The Association of International Schools in Africa is dedicated to serving its members throughout Africa during this challenging time. Please let us know if you require additional or specific information, resources and or support, and we will endeavour to assist you as soon as possible.

As part of the new data protection laws we are required to let you know when we use any kind of tracking devices or "cookies" on our website.

A cookie is a small text file that is sent to your computer via your web browser when you visit a website. Our website uses the WordPress platform, which uses Cookies to verify users. We also use Google Analytics on our website which uses Cookies. You can read more on "How Google uses information from sites or apps that use our services" via this link: https://policies.google.com/technologies/partner-sites.

If you do not want to receive a cookie from Our Site, you have the option of setting your browser to notify you when you receive a cookie, so that you may determine whether to accept it or not.